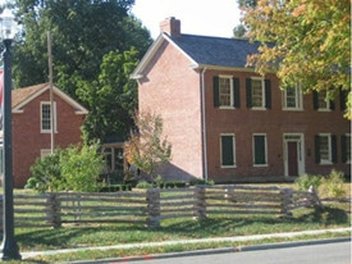 Although there is some debate about exact dates, Edwardsville is generally acknowledged as the third-oldest city in Illinois. Due in part to a thriving Native American population in the area, including the nearby Cahokia settlement, some of the first European settlers to forge across the Illinois prairies halted in this region. In 1805, South Carolina native Thomas Kirkpatrick constructed a two-room cabin on a bluff overlooking Cahokia Creek. His family homestead, which would have been located on the northern side of Edwardsville today, prospered from the beginning, and word of the family’s good fortunes quickly spread back east.

By 1809 more settlers joined the Kirkpatricks, forming a small village. Edwardsville was forever changed by the arrival of Benjamin Stephenson and Ninian Edwards from Kentucky. Edwards was appointed governor of the newly formed Illinois Territory in 1809, and served as governor of the state of Illinois from 1826 to 1830. During the War of 1812, Stephenson, already an appointed sheriff, achieved the rank of colonel. After the war,
Col. Stephenson served as a congressional representative for the Illinois Territory from 1816 to 1818.

Perhaps the most lasting impression Stephenson made upon the area was architectural. Both Stephenson and Edwards erected stately Federal brick homes in a portion of town referred to as Upper Edwardsville. Miraculously, thanks to ambitious restoration efforts, Col. Benjamin Stephenson’s house still stands today. The most significant legacy Edwards bestowed upon the local area was his name. In 1812, Edwards named the Kirkpatrick cabin as the seat of justice for newly created Madison County. In return, in 1813, Kirkpatrick named the young town Edwardsville.

In the decades leading up to the Civil War, Edwardsville, the “Land of Goshen,” continued to grow. The town served as the western end of a significant road that cut across the state from Madison County to Shawneetown on the Ohio River, creating a vital artery for population growth. By the time the Civil War ended, Edwardsville was a thriving town of nearly 2,000, featuring everything from a courthouse and a local newspaper (The Intelligencer) to beer breweries and a steam furniture factory.

Around 1890, industrialist N.O. Nelson, inspired by new economic philosophies of profit sharing, built a modern manufacturing facility, complete with a selection of modest, yet attractive, new homes for his employees. He named the project “Leclaire” after a French profit-sharing pioneer. The 150 acres sat just southeast of Edwardsville’s center. His factory, which made plumbing fixtures, was a model of efficiency highlighted by exemplary working conditions.

Edwardsville’s good fortunes continued into the 20th century. The Edwardsville Chamber of Commerce, an advocacy group for local business, was founded in 1923. The country’s most revered highway, Route 66, blazed its way from Chicago to Los Angeles right through the heart of Edwardsville. The area was growing, and new businesses and industries were demanding employees with a college education. In 1955, a group of concerned parents and business leaders from the Chamber of Commerce began a campaign to establish a public university in the Metro East. In 1957, Southern Illinois University opened two residence centers in Alton
and East St. Louis. Groundbreaking for SIU Edwardsville was held in 1963, and classes began on the new SIUE campus in 1965. 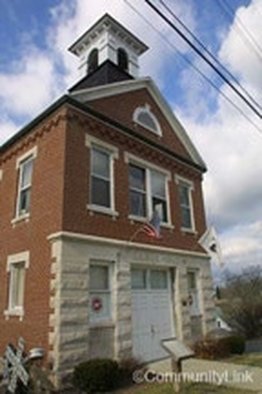 Glen Carbon was actually home to settlers of European descent before Edwardsville. In 1801, Col. Samuel Judy, of Swiss lineage, became the first permanent resident of Madison County after receiving a military grant of 100 acres near the base of the bluffs. However, throughout most of the century the area remained predominantly rural. After the Civil War, coal mining became a serious indus trial venture in southwestern Illinois, and Glen Carbon was positioned on top of vast coal reserves. The Madison Coal
Corporation operated two coal mines and a coal-washing facility south of Edwardsville, which drew an increasing population into these hills. In 1892, 76 residents petitioned the county court, and the Village of Glen Carbon was officially incorporated.

Coal mining was the economic bedrock for Glen Carbon, but brick production, which came to the community around the turn of the century, also played a significant role. The Saint Louis Press Brick Company produced all the bricks used in constructing facilities for the 1904 World’s Fair in St. Louis. Along with the Madison Coal Corporation, the brick company participated in building company houses. These diminutive 'saltbox' homes were once common in Glen Carbon, and some still stand along Main Street.

While Glen Carbon owes its municipal origins to coal mining and its cultural origins to working people of Eastern European descent, it owes much of its current success to the opening of the SIU Edwardsville campus. By 1980, Glen Carbon’s population exploded, ballooning 174 percent. Glen Carbon still honors its coal mining heritage, with statues and parks standing throughout the town as dignified reminders.