Education:
Among our Strongest Assets 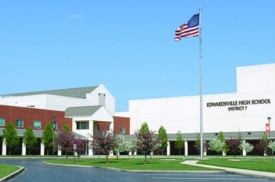 Edwardsville Community Unit School District 7 covers 185 square miles and encompasses two suburban communities, several small towns and a large, unincorporated rural area within its boundaries. It is home to Southern Illinois
University Edwardsville and the Lewis and Clark Community College N.O. Nelson Campus, both of which are active educational partners with the school district.

District 7 has a long-standing tradition of excellence. The district consistently scores well above the state average in all subject areas for all student groups. In addition, fine and performing arts and athletic programs are annually ranked among the most outstanding in the St. Louis area. District 7’s reputation has made it the district of choice in the Metro East area. Many of the surrounding communities, particularly in Madison County, have lost population in recent
years. District 7’s growth has resulted from people moving to here from neighboring communities and relocating into the region from across the country. Area real estate agents steer their clients to the Edwardsville & Glen Carbon area because of its reputation as a strong community with an equally strong school system.

District 7 has a total enrollment of approximately 7,500 students, an increase of almost 3,000 students since 1984. The district built
a new high school in 1997 and an additional middle school in 2003. In 2008, the district opened three new elementary schools and completed major expansion and renovations to two additional buildings.

Currently, the district has: 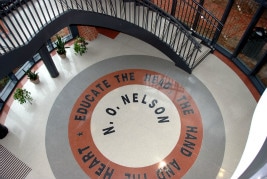 The buildings on the N.O. Nelson Campus were on Illinois’ list of 'Ten Most Endangered Historic Sites' prior to Lewis and Clark’s purchasing the complex and renovating the buildings. The campus is now home to more than 1,500 students and numerous community events, making this restoration one of the most
successful preservation initiatives in Illinois. A standout among Illinois community colleges, Lewis and Clark is a state and national award-winning community college that has achieved 16 consecutive years of enrollment growth, a 70-plus percent increase in credit students and the longest continuous growth trend in the state. 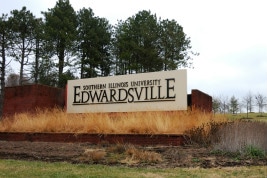 SIUE is a public comprehensive university offering a broad choice of degrees and programs ranging from career-oriented fields of study to traditional liberal arts.